James M Croteau (Jim)
Jim Croteau lives in Kalamazoo, Michigan with his partner of 31 years, Darryl, and their two Labrador retrievers. He grew up gay and Catholic and white in the southern United States in the 1960’s and 70’s and has spent his adult life in small non-coastal cities, mostly in the Midwest. He loved his mother very much. He began writing poetry in May 2012 at first to cope with life in times of aging and then, well, he sorta caught the poetry bug. He is still working as a professor in Counselor Education and Counseling Psychology at Western Michigan University.

The cover for the journal in which I will be one of 12 featured poets, with nine of my poems. 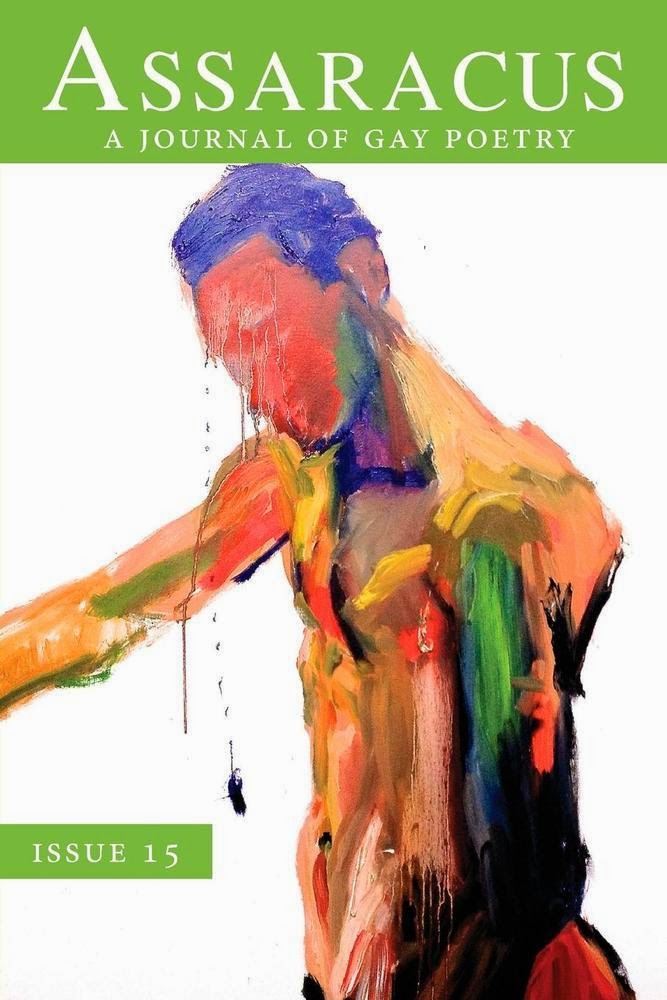 Here's the cover art and an order link from the published.  It will be out in early July,  more later.Assaracus, July 2014, Issue 15, Sibling Rivalry Press
Posted by James M Croteau (Jim) at 6:40 PM 2 comments:

On contemplative photography and impermanence

I did another contemplative photograph walk Sunday in downtown Kalamazoo.  It is a great place to walk and see. And I do feel the practice part of this activity--the focusing on what is in front me in a much fuller way than my monkey mind usually allows. During this walk, the shadows were amazing.  And seeing them, one at time, did bring me to a place I know occasionally in meditation.

I have an old friend who was diagnosed with a fairly serious cancer. We haven't seen each other much in the three decades I have known her, so I can't say we are close. But I have always registered pretty strongly with the way she sees the world and what "right action" is for us human beings.  She is doing an amazing job of writing about her experiences with her illness and treatment. She is experiencing impermanence, and the related sanctity of being in the present moment, in a larger way than I ever.  I am inspired (and a bit frightened) by what she has been sharing so eloquently.

So I plan to keep practicing even when it's hard.  It's all I know to do.  Here's to meditation and contemplative photography practice

--I hope you enjoy a few of my latest photos.
Posted by James M Croteau (Jim) at 4:18 PM No comments:

Writing about Sexual Abuse in the Catholic Church


It’s only been a little over two years since I started this path of writing poetry. I write, of course, about things that register with me, usually in some emotional way: growing up gay in the time and place I did, my mother and her death, getting older, being more aware of impermanence, my meditation practice, my long term relationship, etc. When the Catholic Church sexual abuse scandal first started getting widespread media attention, I did not know what to make of it. It felt disturbing and close to home, but I didn’t quite know how. I knew that a teacher at my all-boys Catholic high school had molested one of the only friends with whom I have stayed in touch over the decades. I did not know how else it all had touched me. I had not explored how growing up in the environment that “housed” such abuse may have affected me, even though I was not sexually abused in any physical way. I started learning a lot, and wrestling with lots of my own feelings.

I discovered that one of the parish priests who trained me as an altar boy, and with whom I often served Mass, was a perpetrator. I read some documents about his particular case that the courts forced my old diocese to release.  I recalled some of his verbal behavior with me in the confessional that I am now pretty sure fits the category of abusive. I recalled a conversation with my mother that was about him. On Calvary Hill is about all that. It is the second poem that has made it to press about sexual abuse in the Catholic Church. It is in five parts, two of which are “found poems” with wording taken directly from all those documents. That poem will be out soon, with eight other poems, in the July 2014 edition of Assaracus: A Journal of Gay Poetry.

New Verse News in February of this year, published Defrocking. NVN is an online journal and you can find my poem here: http://newversenews.blogspot.com/2014/02/defrocking.html.  In many ways, it has a similar focus to On Calvary Hill, but not as much of a narrative poem, more political, and mostly has an angry and sarcastic edge.

I have other poems in various stages that focus on sexual abuse in the Catholic Church. I hope that one or two of them will see the light day in publication. I am making this blog entry because I spent some time today working on one of those poems. I am often as left in a certain mental and emotional space after working on writing in the area. I thought sharing that might be of some use to others. I feel some anger, often less at individuals and more at the Church culture and system. I feel sorta sick to my stomach too and like I want to take a shower and get clean. But in the middle of all that, I feel better about myself—I often do when writing anything personal—like I am affirming that what I have experienced and have to say is indeed viable, real, worthy. When writing in this area, it feels like that sense of affirmation holds some extra power. I think for me it is saying that even though my damage was “collateral” so to speak, I too survived growing up Catholic at a time when sexual abuse was hidden but pervasive.  It feels good to say, hopefully with some poetic grace and power—all that was pretty sick stuff and that’s where I spent a lot of my boyhood.
Posted by James M Croteau (Jim) at 9:30 PM No comments:

Links to published poems that are online

a single leaf in rain's remains 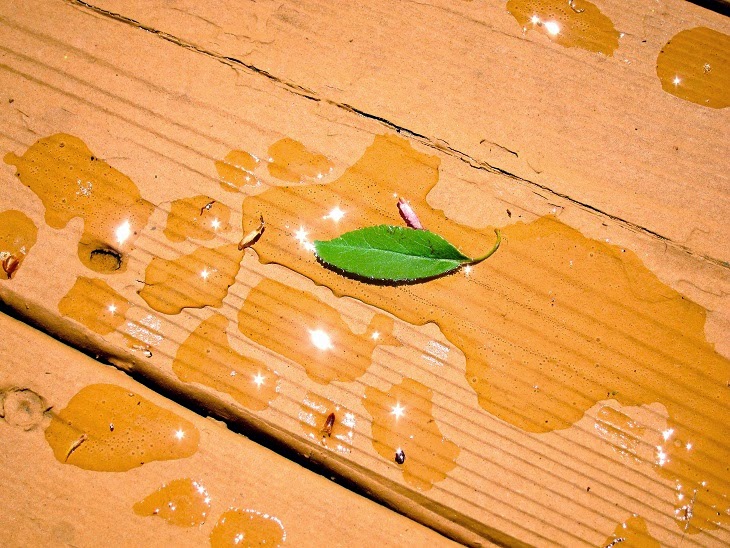